Someone once said that if you can remember the sixties, you weren't really there.

We certainly chose an interesting time, and place, to open Aylesford's doors in 1966. In those days, we had an England team capable of winning the World Cup. A cockney model, Twiggy, was so hot she was commanding ten guineas an hour.

And our patch on the King's Road wafted with the scent of patchouli oil, and other things, from boutiques with names like Granny Takes a Trip. 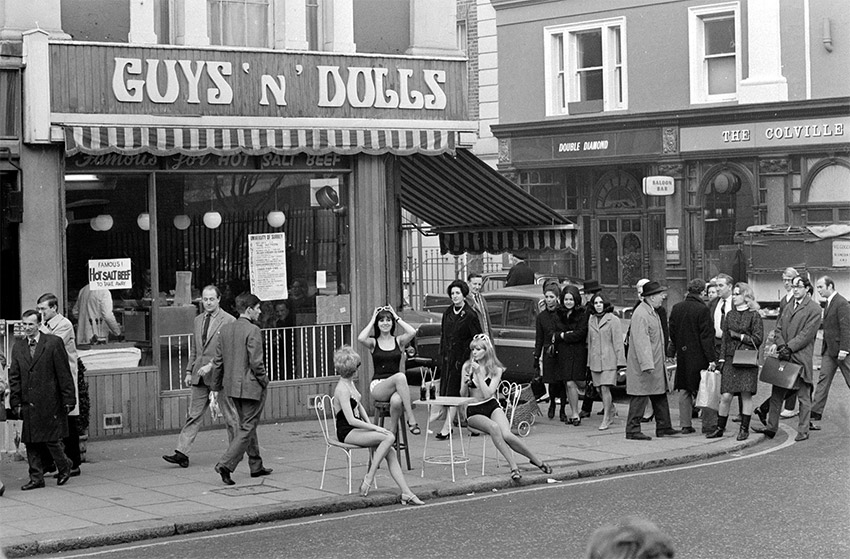 Over the next decades we would walk with Kings, A-listers, financiers, judges, rock stars and simply hundreds of people who shared our passion for beautiful places to live.

So before this Grandpa continues his trip into the next 50 years, we thought we'd gather together a few recollections of how we came to be here now.

From the halcyon days of the 1960s, when we rapidly became a chain of estate agents, to the 1970s, when we equally rapidly weren't. And then the barmy, overheated 80s, the optimistic 90s and into the millennium – all punctuated by three epic booms and mighty busts.

We have met people in all guises, and made lifelong friends of countless vendors, buyers, landlords and tenants. I sincerely thank them all, along with my wonderful staff down the years, and please dip into some highlights of our journey below.

Since 1966, Aylesford has quietly arranged more than £25bn in prime property transactions. We have also collected more than £5bn in rent, and worked in 10 countries across 6 continents. Here's a taste of our first five decades. 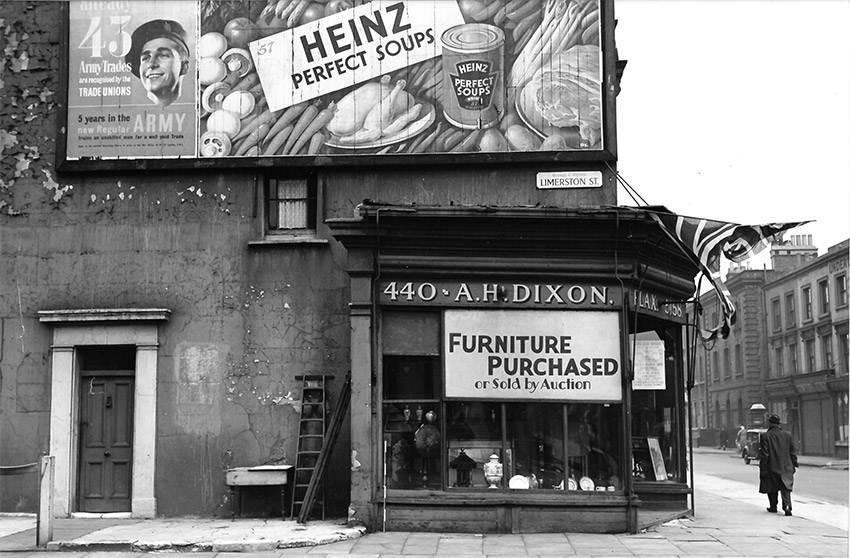 At the other end, away from Sloane Square, the not untruthful ‘World's End' was a dingy and occasionally dangerous area. In the war the Germans had done their best to bomb nearby Lots Road Power Station (and frequently missed), with areas such as World's End paying the price.

Nevertheless, a thrusting new estate agency, Aylesford, was proud to acquire No. 440A King's Road, SW10. The business was formed by Andrew Langton, a young and rather bored property catalogue clerk at Harrods Auctions, and his friend Oliver Burge, an accountant at Price Waterhouse. The perennial problem of naming a business was solved by adopting Oliver's middle name of Aylesford.

Almost everything about the property world then was different. There was no ‘market' as such; you bought a house to live in it, and only really thought about moving when your family outgrew it. Banks were still run by Captain Mainwaring types, and to get a mortgage you almost had to demonstrate you didn't actually need one.

But come 1966, the times, as Bob Dylan told us, were indeed achangin'. The Beatles, Bailey, Shrimpton, love, peace, psychedelia – London was throwing off the oppressive grey of the post war years, and at Aylesford, from the moment we opened our doors, we discovered a talent we didn't know we had: walking on water.

We'd like to claim our early success was due to sheer business acumen, but the fact is there was virtually no competition.

There was a handful of agents, of course, but no one was operating with the youthful vigour and fun that we did. Back then, the big operators you see today were mainly concerned with farms and country estates. So our timing was perfect.

In the mid-60s, everyone was looking at things differently, and property was no exception. A competitive property market began to emerge and, fortuitously, we were there as it started to take off. Soon we were dealing not only with local property but instructions all over London, with perhaps ten active players like us serving the whole of the capital.

LONDON IS OUR OYSTER

After a glorious first couple of years, Aylesford opened in Kensington Church Street, maintaining our cool credentials by being a neighbour of BIBA.

Shortly afterwards, the Fulham agency of John Hollingsworth became Aylesford, and we then acquired an agency in Wimbledon, complete with an office in Putney. By 1969 we had added South Lambeth Road, making Aylesford a six-office chain. In 1969 we sold a property in Orme Square for £430,000 – a stratospheric amount for those times.

We continued to ride this seemingly endless wave, venturing next into property development, building houses and converting flats. A new generation of secondary banks soon appeared, scenting serious profits from pioneering agencies like ours. You want to convert a house in Chelsea? No problem at all, sir.

Emboldened by the banks' just-signhere support, we raised our ambitions once again. After all, what could possibly go wrong? 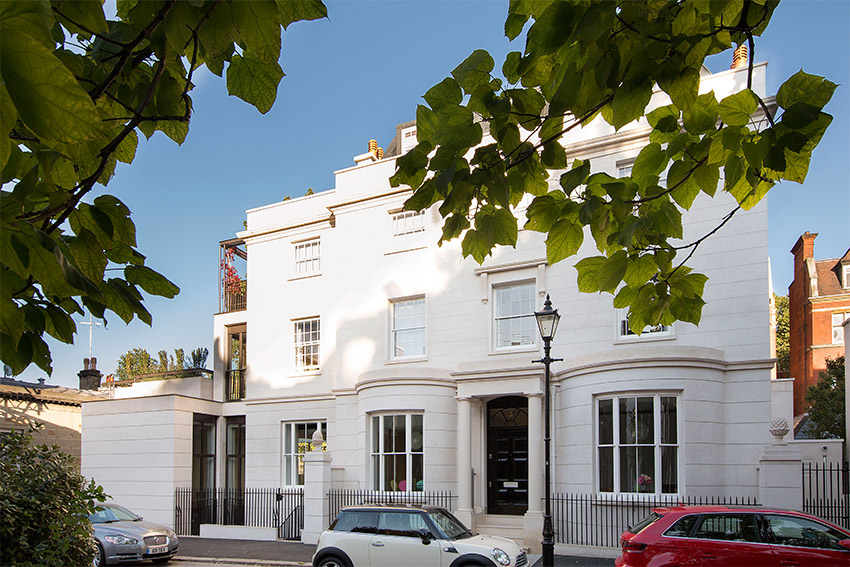 By the early/mid-70s, Britain was descending into an unholy mess.

Miners' strikes, the three-day week and the oil embargo crisis were creating a dire economic climate in the UK.

OPEC hiked up the price of oil, and by 1975 UK inflation was running at 24%. Just as the late 60s had been all about excitement and optimism, the 70s decade was an allenveloping gloom. Quite literally: in the middle of a house viewing the lights would suddenly go out, as regular power cuts were made to save the nation's energy.

As the economic rain started to fall in torrents, the banks now wanted their umbrellas back. Immediately.

Sadly, we had to retrench and let the Aylesford network go; the local agencies were either bought by their managements, or sold.

And yet, with a twist of irony, the oil that wreaked so much havoc was about to be our salvation. 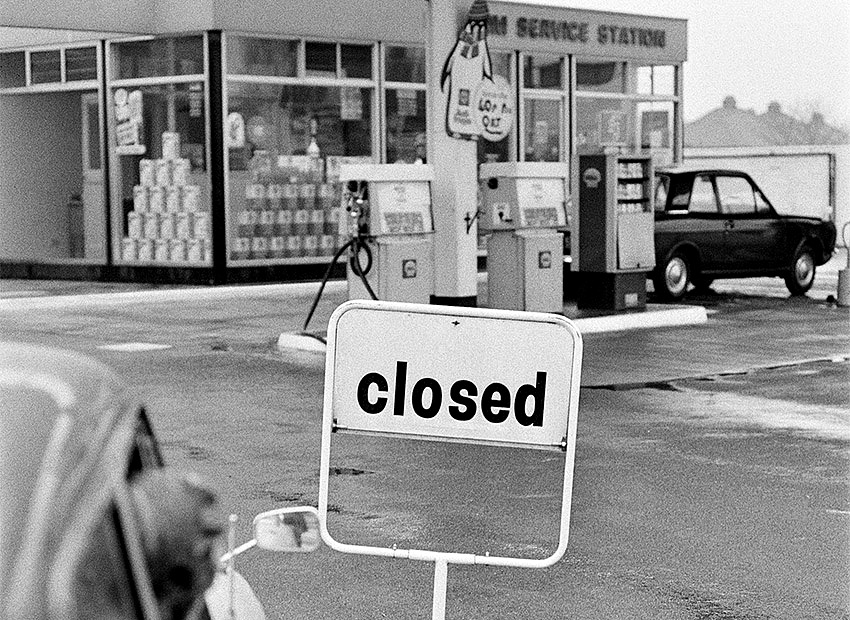 SALVATION FROM THE MIDDLE EAST

It was clear that drastic action was needed, and by chance we were invited to take part in a UK trade show sponsored by Asprey's.

The location: Dubai. We boarded a VC10, put up a stand at the show and handed out brochures, expensively printed from our dwindling funds. They included one splendid mansion near Ascot with the then-hefty price tag of £1.2m.

During the show a clearly eminent man – he was flanked by assorted guards – approached us. It transpired he was interested in prime property in England, and our mansion had caught his eye. He liked it and decided to buy it.

His aspirations didn't end there. He went on to instruct us to acquire a substantial portfolio of London property, both commercial and residential, transforming our fortunes in the process.

Throughout the 70s and 80s we gained considerable experience in investment property.

We found that our high net worth clients might just as easily be interested in a shopping centre as they were in a prime residence.

This was literally true of one client, to whom we mentioned a Spanish retail development we were marketing for a South American family. The client duly acquired the retail opportunity involving some 30 stores, in a deal worth over £100m in 1988.

Two years later, the pendulum swung the other way. The same buyer asked Aylesford to market a £300m property asset next to St.Paul's Cathedral. In a neat example of coming full circle, the buyers were the same South American family we had introduced to him earlier.

WE REACH FOR OUR PASSPORT

The joy of our clientèle is that they could lead you to all kinds of interesting assignments.

As our buyers were unpacking in Chelsea or Mayfair, they might add "and could you also find us something lovely in France/Spain/Italy..?"

This spurred us on to become one of the first agents in London to pioneer an International division. Our first venture in the 80s was in the South of France. It was an immediate success, at a time when demand was intense and supply was limited.

Italy, South Africa and Switzerland followed, all very successfully, and Aylesford International soon became the port of call whether you were looking for Alpine snow or the Platinum coast of Barbados. 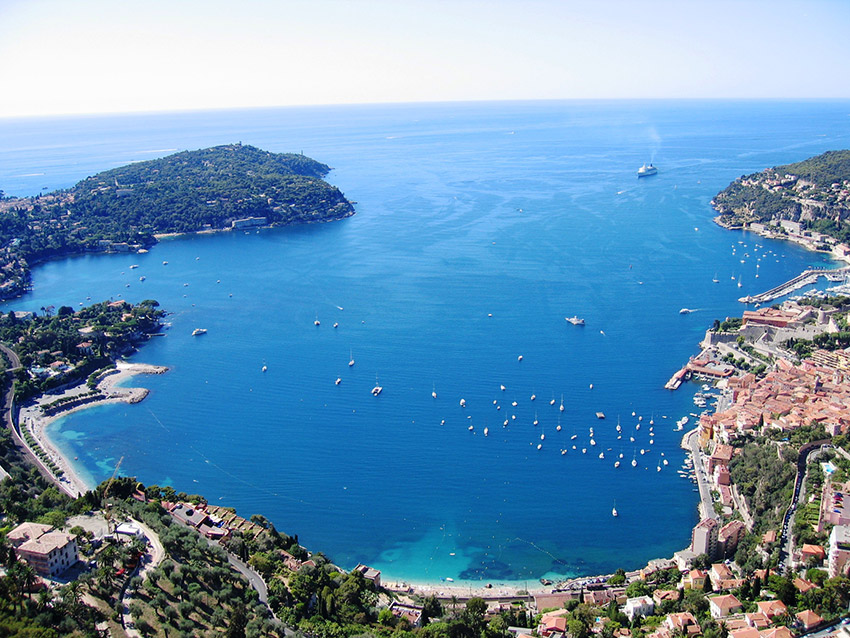 LONDON IN ITS PRIME

One day in 1995 we took a team of our clients at Chelsfield Plc to New York. The purpose was to study an area in which the Americans excel: high-end, high-service co-operative apartments.

There, tenants are served by uniformed day and night porters who know their residents' individual names, needs and preferences. The lobbies are beautifully furnished; indeed, it seems much of our good British furniture, art and ceramics are hard at work over there.

We took this concept into the Chesham Estate in Belgravia, acquiring seven freeholds on the client's behalf for £50m. We then project-managed the estate's evolution into 23 fabulous apartments, before going on to achieve a sale price of £1,500 per square foot – an exceptional result in 1996.

This led to another mould-breaking project in Manresa Road. We acquired the old Chelsea College for a client and created 15 large-scale apartments. Each retained the exceptional volume of the original period building, and overlooked one of the largest private communal gardens in Chelsea at that time. 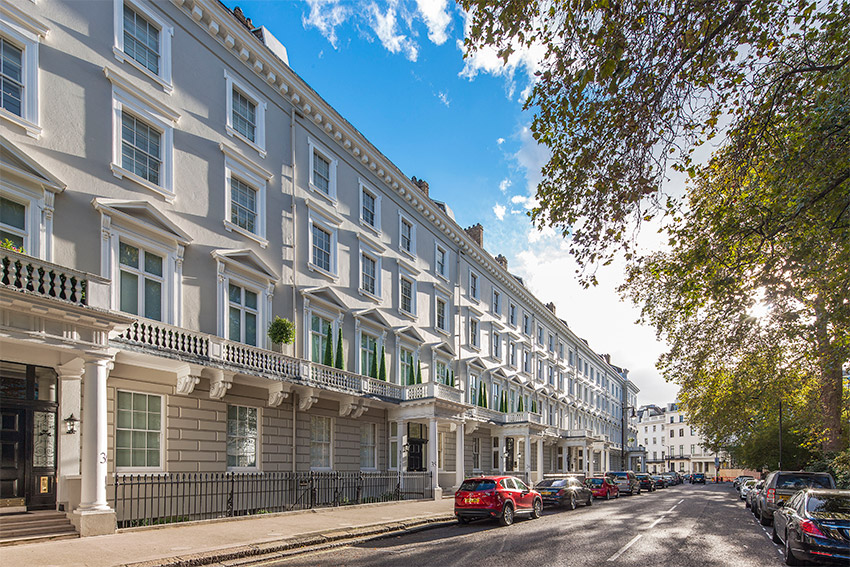 We bounded into the new millennium in fine form.

By this point, our niche was well established. We did not pretend, and nor did we wish, to replicate the model of the 100-partner agencies, opening offices nationwide and buying up the front section of Country Life.

Rather, we had found considerable success in off-market transactions, brokering deals quietly and discreetly, and handling the confidential sales that are often required by divorces, deaths or simply a desire not to attract the paparazzi.

This continues today. We thrive on personal relationships, and maintaining close contact with our clients and their interests. Many, for example, indulge in yachting, and in 2013 we became a proud sponsor of the Dubois Cup. This unique event is held every two years at the home of yachting in Sardinia, at Porto Cervo. 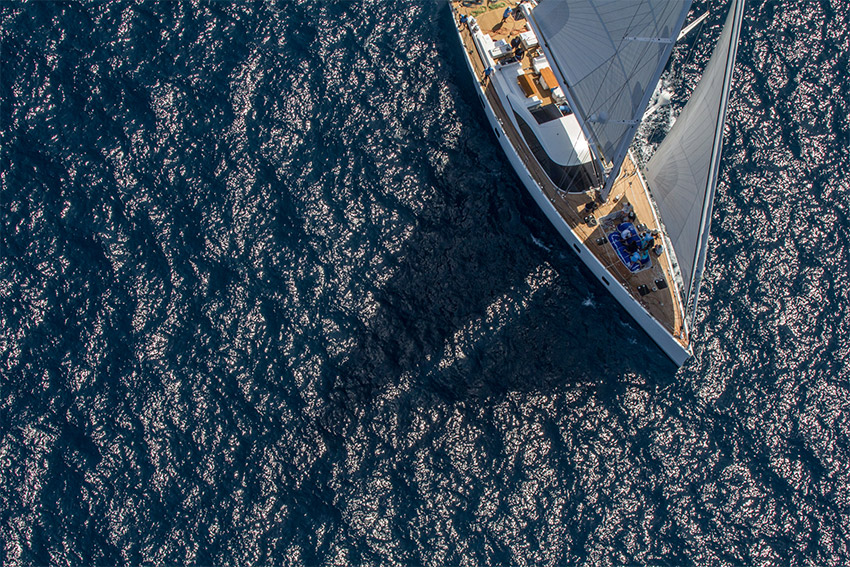 SO FAR, SO EXCELLENT

After a half-century, little surprises us.

Yet amidst this ever-changing landscape, we believe we've succeeded by keeping the important things exactly the same.

We have always set out to gain lifelong clients, not one-off sales. We tell the truth, including advising clients to sit tight if conditions aren't right for them. And we hope we have been good to deal with; buying and selling property is quite stressful enough as it is.

With some pride we can point to sellers and landlords we worked with 40 years ago, and still do today. To them, and to all Aylesford people past and present, sincere thanks. 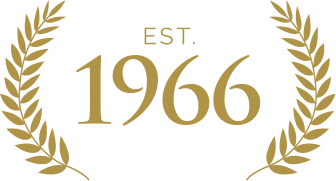 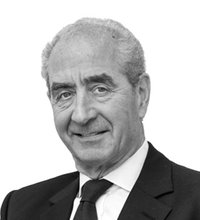