FASHIONING A REIGN, AT BUCKINGHAM PALACE.

In celebration of Her Majesty the Queen's 90th birthday year, ‘Fashioning a Reign’ charts significant events in her life and the nation's history, through an unprecedented collection of dress and accessories, from her childhood to the present day.

The touring exhibition, which also includes Holyrood and Windsor Castle, comes to Buckingham Palace on 22 July, and from August will coincide with the annual opening to the public of the state rooms.

In total, over 150 outfits worn by the Queen will be presented, highlighting British couture and millinery from her favourite designers including Sir Norman Hartnell, Sir Hardy Amies and Ian Thomas.

After his monumental Yorkshire landscapes in 2012, Hockey returns four years later with the polar opposite: a set of intimate portraits of his friends and family, painted in LA.

Each work is the same size, showing his sitter in the same chair and vivid blue background, and all were painted in the same time frame of three days. Yet Hockney’s virtuoso paint-handling allows their differing personalities to leap off the canvas with warmth and immediacy.

Together with the Summer Exhibition, which is also now in full swing, there’s a visual feast awaiting you at the Royal Academy.

Where : The Royal Academy of Arts, Piccadilly, W1J 0BD 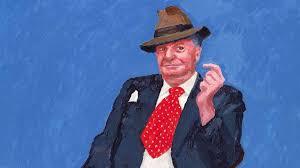 As close as a magnificent botanical garden can get to a drive-in movie, Kew the Movies is all about giant screens and great entertainment. This year sees classic movies on consecutive nights: Star Wars: The Force Awakens (24 August) and Jurassic Park (25th), and in September comes Mean Girls (7th), and the late David Bowie in Labyrinth (8th). Food, drink, blankets, and special directors’ chairs are all available.

Located, fortunately, next to public transport, The Great British Beer Festival at Olympia attracts more than 55,000 people with a thirst. But the ethos of the event is not quite as ‘beery’ as you might think. Organised by the Campaign for Real Ale, expect lots of earnest sniffing, swirling, pensive sampling and holding glasses to the light as true enthusiasts explore an array of some 900 real ales, ciders and beers.

Indeed, you can try brews from around the world, including the finest from over 350 British breweries. If you’re serious about the subject, there are tutored tastings, but it’s also a fun day out with time-honoured pub games, great pub food and live music. 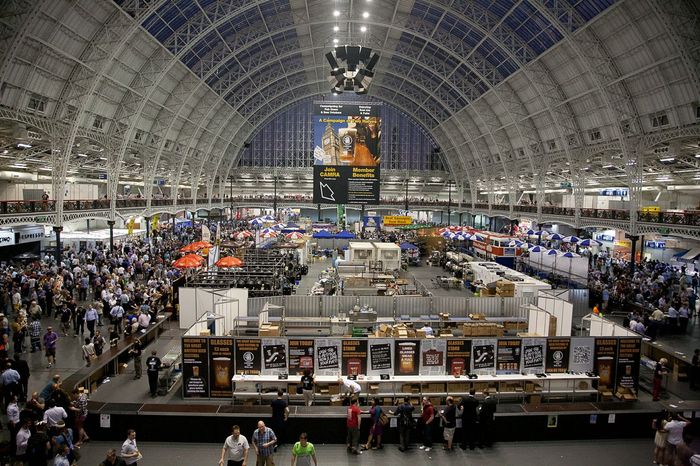